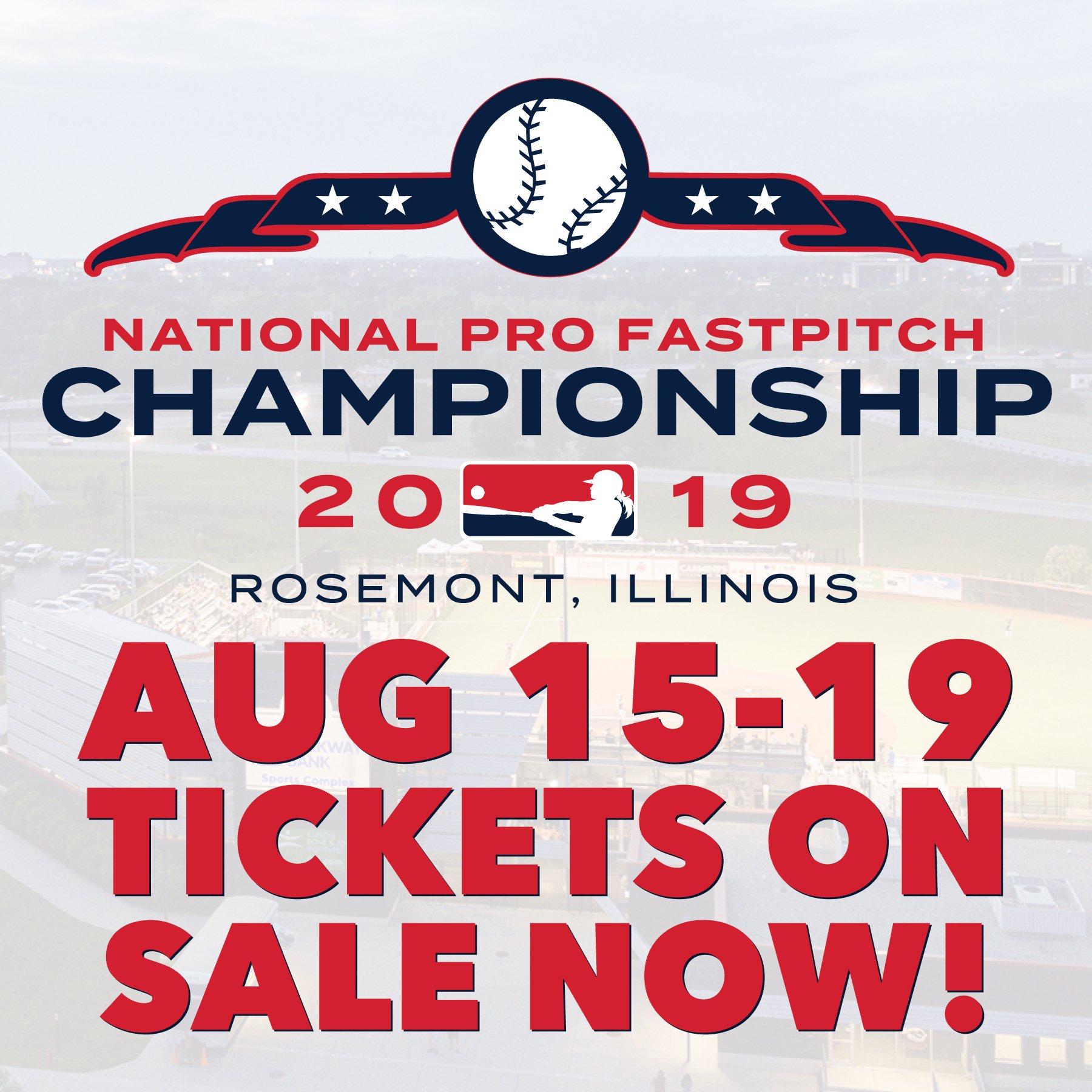 Nashville, TN (February 6, 2019)  - The National Pro Fastpitch Championship Series will return to Parkway Bank Sports Complex in Rosemont, IL in 2019, the league announced Wednesday. Dates for the Series are August 15-19.

The league’s hallmark event will enter its second season with the best of five Series format that features the top two teams from the regular season standings. In 2018, the USSSA Pride raised the team’s fourth Cowles Cup sweeping the series in shut-out fashion over the Chicago Bandits.

“We truly enjoyed not only the Championship Series itself in 2018, but the complete Championship fan experience enabled by Rosemont,” commented NPF Commissioner, Cheri Kempf. “The stadium, dome, and surrounding entertainment district allow us to put on a Championship event worthy of the incredible athletes who are competing, as well as our passionate fans.”

“We are thrilled to be hosting the NPF Championship Series again in 2019,” said Chicago Bandits General Manager, Toni Calmeyn. “The Parkway Bank Sports Complex is a beautiful venue that we are proud to have in Rosemont, and the opportunity to bring an event the caliber of the league’s championship to our stadium is really special.”

The Series will once again feature plenty of ancillary opportunities for fun and engagement alongside the competitive action. The event will lead off on Wednesday, August 14 with the annual NPF Awards Banquet. This year, the league will offer fans the opportunity to join the teams and VIPs through purchasing tickets either as part of a Series package or as stand alone purchases. This is a limited space opportunity.

Included for fans will be the return of the Tailgate Fanfest, an event that takes place prior to each of the first three games and features a bandstand, food, drinks, contests, games, and interactive experiences with league suppliers and sponsors.

Also returning in 2019 is the Commissioner’s reception, an invitation only event that takes place on opening night of the Series and includes some of the season’s most decorated players.

The 2019 Series will be the fourth time Rosemont has hosted the NPF Championship. The USSSA Pride have won two of their four Cowles Cup Championships in Rosemont, taking home the trophy in 2013 and 2018.

The NPF 2019 season will open on May 28, when the Beijing Shougang Eagles host the Canadian Wild of Southern Illinois. The 138 game regular season will conclude on August 11, with a final match-up of USSSA and Chicago in Rosemont.

Tickets for the 2019 Championship Series are on sale now and can be purchased through Ticketmaster at http://bit.ly/2019NPFChampionshipTickets.

National Pro Fastpitch (NPF), an Official Development Partner of Major League Baseball since 2004, provides elite female athletes with an opportunity to pursue a professional career in fastpitch softball beyond their collegiate and amateur success.  The NPF affiliate teams consist of the Aussie Peppers of Minnesota, Beijing Shougang Eagles, Canadian Wild of Southern Illinois, Chicago Bandits, Cleveland Comets, and USSSA Florida Pride. National Pro Fastpitch players hail from the United States, Australia, Canada and China among which are the most accomplished and talented athletes in the sport of women’s softball.