Aussie Steelers Captain Andrew Kirkpatrick is set to become the most decorated softballer in Australian Men’s softball history after being named for an unprecedented sixth WBSC World Championship from 13-23 June 2019 in Prague, Czech Republic. 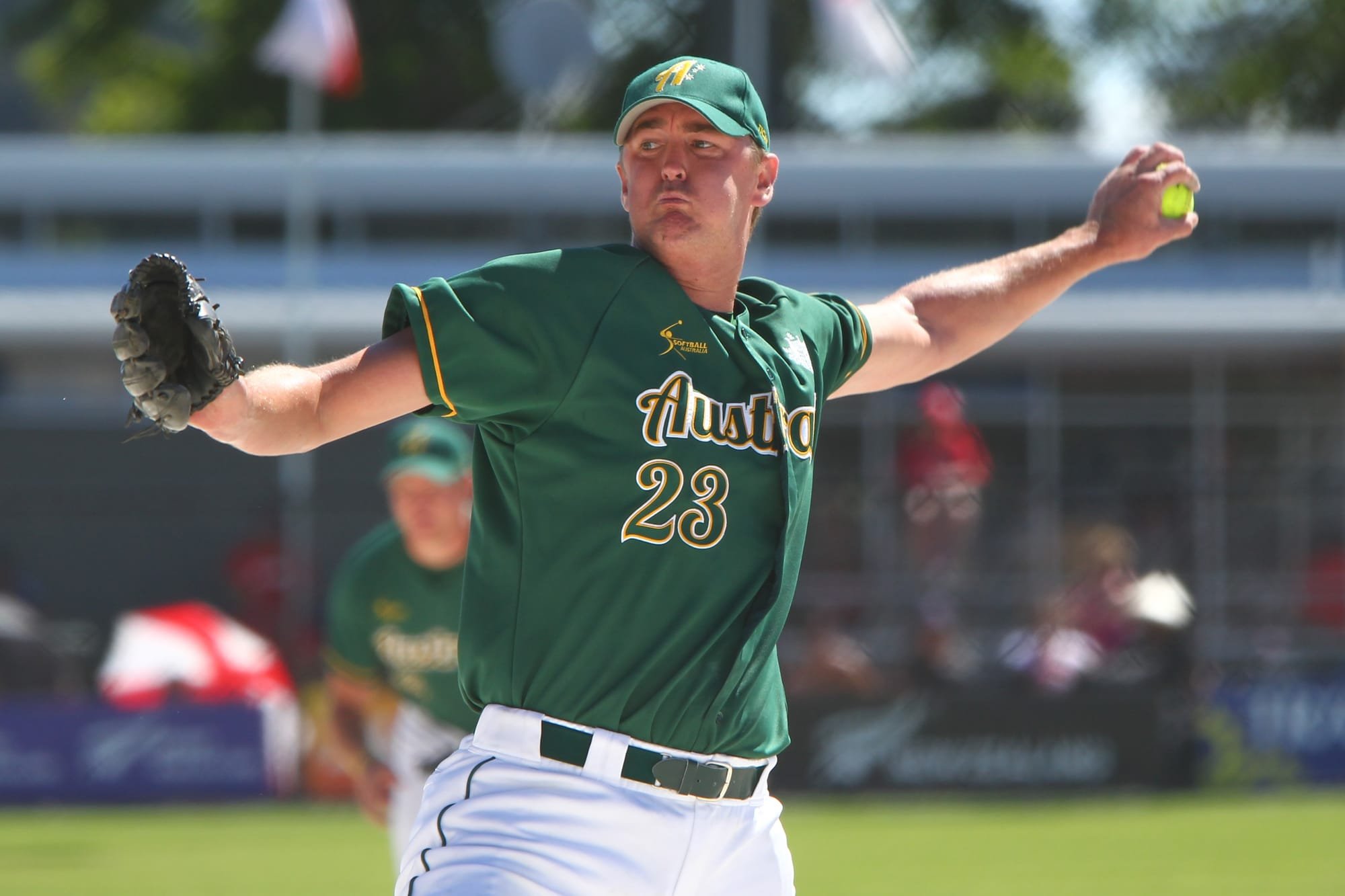 The veteran left hander first selected for Australia in 2001 is one of four remaining players from the 2009 gold medal winning World Championship team.

He is joined by Nick Shailes, Adam Folkard and Nick Norton all of which are preparing for their fifth WBSC World Championship and were all part of the memorable 2009 Aussie Steelers World Championship victory against New Zealand in Saskatoon.

“Having those four players in our team from 2009 is going to prove invaluable in our World Championship campaign,” said newly appointed Aussie Steelers Head Coach Kere Johanson.

“All of them bring a wealth of experience on to the diamond which will go a long way to helping a few of our young guys get comfortable on the international stage.”

Kirkpatrick will lead a team of 17 players five of which will make their official Aussie Steelers debut.

“Layton and Jett were standouts for the Junior Steelers winning the Under-19 World Championship last year so we’re confident they won’t be deterred in the senior ranks,” added Johanson.

Johanson will be assisted by Geoff Coultas (Assistant Coach), Mike Titheradge (Team Manager), Bernie Simai (Physiotherapist) and Chris Trengove (Statistician) for the upcoming World Championship campaign, with an additional official to be appointed in the coming weeks.

A training camp will take place for the 2019 team next weekend in Canberra, before the team will assemble in early June to depart for Europe.